The last 5 years have seen an explosion within the video game industry, with over 2.6 billion active video game players worldwide. That’s 500 million more players since 2015.

Marketers have been capitalising on this growing market, and with this number expected to hit 3 billion in 2023, the potential for brands to grow further with the younger, video game active generation is unlimited.

So how have marketers approached this lucrative marketing tool? From promoting brands and products directly within a certain game, to using high status influencers and Esports events through streaming platforms such as Twitch, video game advertising is the way of the future for all digital marketers.

Going back to 1978, the video game Adventureland created the first known example of in-game marketing, promoting their sequel game Pirate Adventure. But this was only the beginning.

In-game marketing allows brands to advertise their products within the actual course of the game.

Over the last 20 years, brands have capitalised on the growing video game market, utilising the ability to appeal to the emotions of consumers in order to more effectively convey their brand’s meaning.

Take EA Sport’s FIFA for example, a high pace, strategic sports video game with over 260 million copies sold over the last 27 years. As seen below, users are exposed to subtle marketing strategies through the use of virtual stadium banners, in this case, for Pepsi Max.

Pepsi Max utilise the positive emotions of joy and excitement users feel when playing the game. Extensive marketing research exemplifies how these emotional associations can be directly transferred to the brand of the advertiser, driving greater brand engagement.

More recently, viral marketing strategies through promoting the sharing of information, have been a key source of credibility and awareness for brands.

Popular free-to-play game Fortnite has been used as a platform to promote other brands on multiple occasions.

With over 250 million players in 2019, Marvel directly targeted the Fortnite demographic to build anticipation for their new movie.

And it didn’t end there. Fortnite received a cameo in the actual movie, which amassed over 100 million views in its worldwide opening, breaking 12 box office records over the course of its showing. Not a bad return for both brands.

But it’s not only brands that have capitalised on these mainstream platforms. Musical artists have too found a way to promote themselves through in-game marketing.

As a result of the coronavirus pandemic, mainstream artists such as Travis Scott have taken to Fortnite to perform and showcase their new music to the world.

A tweet from Fortnite Games highlighted that “over 12.3 million concurrent players” watched his ‘Astronomical’ concert live, and the recorded gameplay of the concert was watched over 90 million times on YouTube.

According to BuzzSumo, over 24,000 articles were written about the event, and Travis Scott gained over 1.4 million followers within the next seven days, indicating the super-viral nature of the event.

By utilising the passion and positive feelings that Fortnite users have attached to the game, artists such as Travis Scott and brands such as Marvel have been able to develop their own affinity with this audience.

This enhances the publicity and promotion of their own brands, indicating the significance of in-game advertising.

Influencer marketing is rapidly rising in popularity, with a forecasted value of over 9.7 billion in 2020. Video game marketing can be effectively used through partnerships with well-known content creators within the gaming industry.

Through online streaming platforms such as Twitch and YouTube, video game content creators draw up to millions of viewers, being potential customers for brands.

Take professional gamer Tyler Belvins, aka Ninja, for example. With over 15 million followers on his Twitch account, Ninja nets over 100,000 live viewers on average per stream.

The smartest marketers have leveraged this viewership. Uber Eats released a temporary 25% discount code through one of Ninja’s Fortnite streams.

The value of using Ninja was seen in a follow up tweet by Uber Eats, stating that the discount code “reached maximal redemptions”.

And to no surprise, rival services such as Postmates have too tried to capture the market that Ninja attracts through another brand partnership agreement.

But it doesn’t stop there. The rising popularity of video game content creators has led to game developers recruiting these influencers to market their new, up and coming games.

Vanoss Gaming, a Canadian YouTuber with over 25 million subscribers, is well known for his “Funny Moments” videos, where he plays popular games such as Grand Theft Auto: V and GMOD, generating millions of views per video.

A credit to his content, Vanoss has a relatively low saturation rate of sponsored content, with only 6 out of the last 56 of his videos promoting a game developer.

Such low saturation is important, as evidence suggests that his influence on his audience is much more effective than other heavily sponsored content creators.

Aiming to target his viewership, game developers such as Ubisoft have used Vanoss to create sponsored content, where he plays the game in a humorous way, similar to his most popular videos.

Capitalising on his efficient ability to target his viewership, Ubisoft reached 1.5 million potential buyers in a single video, indicating the huge upside potential that gaming influencers have for brands.

In the last decade, the competitive gaming industry has gained massive traction, with the industry generating roughly $970 million, and a predicted $1.6 billion in 2023.

Popular Esports teams such as Team Liquid, Fnatic and Cloud9 have made millions through Esports tournaments and playoffs. But the prize money is nowhere near as impressive as the viewership.

In 2019, the top 5 most popular Esports tournaments had a cumulative concurrent (live) viewership of over 11.8 million people, streamed through platforms such as Twitch.

This accumulates to roughly 366 million hours of Esports watched, and that only accounts for the most popular games.

Harnessing the millions of live eyes, companies such as Mastercard have effectively captured the attention of this growing market.

Partnering with League of Legends during the 2019 World Championships, their custom merchandise and branded content such as the ‘Mastercard Opening Ceremony’, was seen by over 44 million people.

Similarly, by targeting the right game, companies can attempt to match their products or services with games that best resemble their mantra.

But this is just the start. With the effects of the recent pandemic, the hours watched of the top 15 Esports tournaments has increased by 114%. Twitch’s streaming views have doubled in size and the growth trend is undeniably increasing (see appendix 2 and 3).

With such potential, Esports is one to watch, with its ever-growing popularity drawing in brands from all over the world, who all should be trying to get a piece of the elusive viewership cake.

The Future of Video Game Marketing and its Potential

It’s a no-brainer for brands to advertise their content through video game platforms. The viewership and geographic spread are unlike anything seen in the last 50 years, and it would be a missed opportunity for any company to overlook it.

Watch this space. Before you know it, video game marketing will be the most sought-after tool for all digital marketers, with its creative and commercial limitations knowing no bounds. 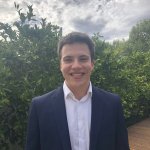 How to use influencer marketing in China