The Going Viral Framework is the culmination of 8 years of research conducted by Dr Brent Coker at the University of Melbourne. Parts of the framework have been published in various sources, with the complete framework documented in the book ‘Going Viral’ (Pearson: UK).

Here are the 3 most essential elements of the framework.

There are two dimensions of emotion: arousal and valence. Although it is critical to use emotions in your marketing content, it is actually the arousal dimension that evokes sharing tendencies. Arousal seems to affect sharing motives through the amygdala part of the brain—a primitive part of the limbic system that is believed to manage feelings-based (affect) memories. Some research suggests it also controls social behaviour. Valence moderates decisions to share marketing content after appraisal from the pre-frontal cortex, though one way to maximise sharing motives is to combine high arousal stimuli of opposite valence.

Consider for example winning a prize or almost getting hit by a car. Both situations invoke strong arousal (through affect), and both situations lead to strong word of mouth reactions (in both cases you will be telling everyone what happened!).

The science of creating high engagement marketing content using emotions centres on the combination of emotions, and how to maximise the strengths of the emotions to evoke arousal.

Self enhancement is a biological tendency for humans to behave in ways to boost positive self-opinion. It is believed to be a primary mechanism behind building and sustaining self-esteem. Because self enhancement motives appear to be fixed, it is an extremely powerful tool for motivating content engagement.

People self-enhance in different ways, and for different reasons. Understanding self-enhancement motives in your target audience is a critical step in the initial phases of creating an online marketing campaign. This requires a deep understanding of psychographic preferences—particularly values and ideals. Oftentimes the required information is not obvious, though there are techniques to more accurately identify self enhancement triggers.

There are three general categories of self-enhancement cues used to guide content creation.

(a) Membership cues.   Humans are a group-oriented species. Members of a group are bound by common values or beliefs. If you attend the group’s social meetings you’ll eventually discover what those values and beliefs are—since the topics of conversation give clues about what they might be. For example, motorcycle clubs will mostly talk about the lifestyle of riding a motorcycle, such as near misses with cars, or long-distance adventure tours. These are membership cues—basically things that members in the group think is important and that they all share an interest in. People use membership cues in conversation to confirm, endorse, and legitimise their membership. If membership cues are known, they provide the impetus for content engagement.

(b) Impression management.           People share content to manage other people’s impressions of themselves. The usefulness of content that can shape others’ opinions is that it circumvents ego-inflation needs. Content that enables people to manage impressions includes anything that signals something about a character trait that is revered. For example, a middle-aged man might share a picture of a customised motorcycle to remind his peers about his passion for freedom, rebelliousness against the aging process, and connection to his youth. Note that his reason for sharing might not necessarily be to seek agreement from his network over the beauty of the machine.

(c) Approval cues.  Approval cues are sought to obtain recognition and respect – two extremely powerful social needs. There’s nothing like the feeling of approval from those around you. When people applaud, laugh, or even pat you on the back, it gives you a tremendous boost in self-esteem. The equivalent of this in social media is engagement (Likes, Retweets, Thumbs up etc). Some types of things people share to earn approval cues may include recent purchases made, recent sporting or life achievements, or amusing situations.

Affinity is a feeling of warmth, respect, and deep appreciation for an activity, idea, or object, that endures over time. Affinity is different from emotion, primarily because emotions are short-term and affinity can be used to evoke strong powerful memories – an extremely useful tool for content marketers.

The most important thing to note about affinity is that it’s a requirement for something to go viral. If you don’t invoke affinity, people most certainly won’t share it. In other words, although emotion might be important when creating marketing content, affinity is critical.

There are several ways to invoke affinity, though two of the most popular include the following:

(a) Youth. People value memories from their youth. Activating time-based affinity from youth-based memories requires identifying a theme that has strong meaning. Youth-based memories don’t have to be specific memories, but rather can be characterised by themes, which widens their appeal. For example, everyone has memories of receiving gifts in their youth. These memories are tied to nostalgic times of being young, which do have importance for a wide range of people.

(2) Relationships. Almost everybody has had relationships in their lives that matter. These memories can be general in nature (mothers vs. a specific person). Using this strategy, the task is usually to identify a likely relationship theme, which usually means romantic or family based but could also be mentor based such as a teacher or leader.

If you would like to find out more about the Going Viral framework, please contact us for a free no-obligation consultation. 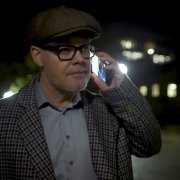 The psychology of colour – 5 effects on human behaviour you didn’t know...