A month-by-month report of the latest changes to Instagram as they happen. Relevant for marketers and brands who use Instagram to reach consumers.

In this blog post we document updates to Instagram, especially those that may affect marketers and brands that use Instagram as part of their marketing strategy.

The stripped-down version of the core Instagram app seeks to address the issue of limited bandwidth or slow data connections in rural and remote communities. The app is being released in 170 countries throughout March 2021.

The app reportedly only requires 2MB to download, compared to 30MB for the full version. We think the app looks remarkably similar to the main Instagram app, though minus some of the pretty UI animations and AR filters. The Lite version even remarkably includes some features not available in the full version, such as ‘dark mode’ which Facebook claims is important for people who live in close quarters with others in poorer communities.

A couple of years ago Instagram controversially began hiding the exact number of Likes on a post, instead replacing it with ‘Liked by…and others’. The change was met with criticism from many, particularly influencers who felt threatened by Instagram’s attempts to remove evidence of their popularity.

Well it seems that Instagram may have further changes to the way Likes are displayed in the works, though details are being kept a secret. A tweet from Instagram sent on March 3rd suggested they were testing a further change. This is definitely an interesting update to watch!

The most notable update in March to date is the introduction of ‘Live Rooms’, whereby users can now steam Live on Instagram with three other people. Instagram has had the Live feature for a long while now, but up till now it was only possible for one or two people to go live at the same time. Essentially the screen can now split into four panels, with a different person streaming live in each panel.

One of the main benefits to brands of streaming live is the ability to provide event coverage, but it’s also extremely effective for product demonstrations. A popular way to use Instagram Live is to recruit an influencer to run the live event, thus ensuring a substantial crowd show up to watch.

Live rooms will begin rolling out globally throughout March.

Sometimes it feels like everyone on Instagram is beautiful, and for some people it can mess with their self-confidence. This month Instagram announced their support for people affected by eating disorders and negative body image.

It works like this: when someone searches using a term or hashtag associated with body image or self-harm, Instagram will intervene and display a link that leads to resources for eating disorders, including a ‘Talk to a friend’ link, ‘Talk with a helpline volunteer’ link, and the contact details of organisations who can help such as the National Eating Disorder Association, or the Butterfly Foundation.

One of the casualties of Covid was public celebrations – people could no longer congregate en-masse for party and celebration. The folks at Instagram noticed an inevitable trend towards shifting celebrations online, and decided to introduce new features to enhance the trend.

It seems some of the features are yet to be announced, though we did see evidence of the new initiative during the Chinese New Year celebrations. In Stories, and new sticker pack themed on the year of the Ox appeared. When the stickers are used, the content gets grouped into a shared story with others using the same stickers, that appears at the top of the Stories tray.

We’re looking forward to seeing more updates on this interesting feature as they emerge!

Instagram has strict rules on hate speech, and instigated a tightening of these rules in 2020 during the Black Lives Matter protests. It is reported they ‘took action’ on 6.5 million hate speech posts in July and September alone in 2020. These ‘take action’ penalties were mostly temporary bans on posting or DM messaging for set periods of time.

This month Instagram announced a further tightening on punitive actions towards hate speech offenders, suggesting they will be more likely to disable offenders’ accounts permanently. Particular reference was made to DM messaging – more difficult to control through automatic detection. It seems likely Instagram has installed new technologies to detect and block hate speech through DM messages. Last year Instagram came out with new features to stop people from posting hate speech, including AI that would warn people that their post might be considered hate speech before it was posted, and the multiple comments management feature that made it easier to delete multiple comments at once.

There are two related features in this update. The first is a feature that allows users to review and restore content previously deleted – like the recycle bin in Windows. The second is a security check to deter hackers from maliciously deleting content from compromised accounts. 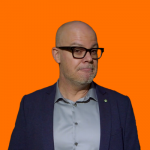 I love brewing beer, and I'm a sucker for Korean BBQ. My favourite colour is green. That's pretty much it.

Why Sponsored Instagram Giveaway Contests Are Becoming So Popular

How to Get Views on TikTok: Examples, Tips, and Strategies to Help Maximise... Scroll to top